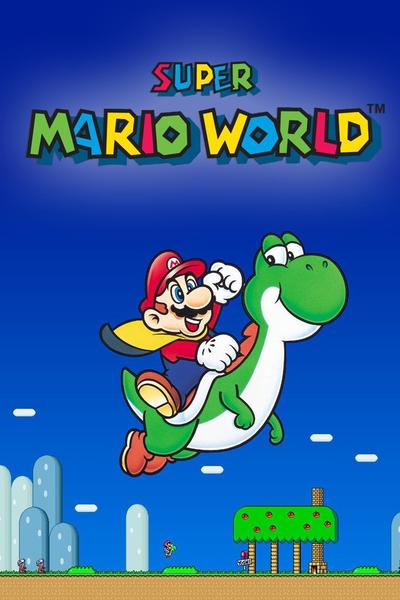 In the early 1980's, video games were coming to an end. The video game industry was crashing as stocks were dropping with sales and fans. 1 company revived the industry in which we known as Nintendo who released the Nintendo Entertainment System along with some of the most revolutionary games in the most beautiful way when it comes to the graphics, colors, processing power, and of course: gameplay. As years went by though, those colors, graphics weren't as "wow" as when the console first released. With consoles such as SEGA Genesis who had the most realistic graphics at the time that made Nintendo only for kids. As the 90's arrived though, Nintendo was about to relaunch another revolution: the SNES (SUPER Nintendo Entertainment System) as a follow up to the first with more colors, animations, power, and even better gameplay. Of course when a new system from Nintendo launches, you can expect their favourite red plumber that took over the NES with Super Mario Bros, come back in a whole new way... and they did with Super Mario World on SNES in 1991. But is it as revolutionary as the original titles or was the Mario titles on NES just a phase and is the game really just out-dated?

The story is as simple as any 2D platformer and as any typical Mario game goes... Guess who's kidnapped? Of course, Princess Peach is taken by Bowser but this time he's not alone: working with his 7 koopalings to keep Mario and Luigi out of his reach setting up traps, and obstacles in their path on their quest to saving Princess Peach. But Mario and Luigi aren't alone either, their new friends "Yoshi" are helping them reach their goal by taking out all hazards ahead! Mario, Luigi, and Yoshi must travel through 8 worlds to save the princess, and the day from Bowser's evil schemes! 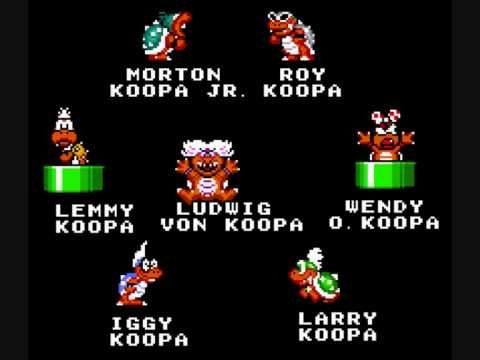 In Super Mario World, Nintendo reached for a more detailed Mario, and look to the games. Mario got a new render where his facial expressions and animations are visible. The background is detailed, while enemies have been changed while new enemies are introduced all with their own personality. The look is incredible, and it's a look that fans today still wish that Nintendo goes back to, to the point of re creating that for the Super Mario Maker series. Everything looks so realistic and detailed, yet so cartoony and colorful. It's the perfect "Nintendo" look that even I wish was still used in sprite 2D games.

As for music, the music is unforgettable. Though there aren't too many tracks, where sunny levels have the same theme and under ground levels have the same songs as well. This goes for the castles, boss themes, under water, and more, the music is still so catchy with rhythms and beats that you literally can't help but dance along with or shake your leg to. It's super catchy especially how whenever you ride a Yoshi, the beat gets more of a base, and the rhythm becomes faster which creates a fun atsmophere filled with safety from Yoshi.

Mario games always seem to be consistent in terms of Level design, and Super Mario World was one of the first titles that blew fans away with such a big map with tons of possibilities from level to level. With over 70 levels, there has to be originality, fun, and challenge. Super Mario World  has a perfect balance of all of this. The levels are all different and with every approach to a new stage, you never know what's about to hit you. Some levels are easy going, while others are nearly impossible. It's also no longer about only walking from point A to B.... Super Mario World introduces Secret Exits where the player can find point C and D's within the level to access bonus levels, secret areas, items and switches to create other paths in the map, needed for 100%. This creates exploration for the player, something that's new in the series. While doing this, you also must learn to completely overcome the challenges that are ahead. Nearly impossible perfect timed jumps, avoiding hord of enemies and more make this the most challenging Mario game I've played to date alongside the challenges of Super Mario Bros. U Deluxe, but luckily I had a friend along the journey of me completing this game. Me and my best friend DragonMatt played the entire game in Co-op mode, which made the game challenging but yet even more fun. I've never actually 100% a game with a friend before, but man I'm so happy I did this with him. We laughed so much while losing dozens of lives in the hardest of levels while trying to get the hardest path to overcome the biggest of secrets, in which we finally managed. The levels were short, but the challenge made each level feel so long. There's also just so much to explore that a 30 second run to the end can take up to a 5 minute level. To end off this section in short, I had a blast with every level. I never once felt frustrated and only challenged to become a better platformer and mario player! I had so much fun, I was so sad when all the levels were finished. I only wish there was more.

I don't really know a Mario game that doesn't play as it should, flawlessly. Mario World improves the speed from the original Mario Bros and anything that those didn't like about the original and makes it better. Mario moves, jumps, and uses new powerups that make an entire new experience such as the feather which gives Mario a cape in which he can use to float and hover his way across the map: high and low. Yoshi, being a big part of this game can be found in several stages. When boarding him, you take control of him which he can eat enemies, stop and stand on spikes while collecting fruit to make items for Mario to use later on. He's also a shield in a way, where if Mario takes damage: Yoshi will run away but you won't take damage. Once Yoshi is lost, you lose him until you find him again either in that level, or another one. You can take Yoshi from level to level if taken care of but it's quite the challenge to not lose him! In short, Mario's world feels amazing. He runs great, walks great, jumps high, Luigi is still a copy of him at this point, and every level is so filled with inspiration and love. It's one of many people's favourite Mario games to date, and to be honest it has become my top 3 favourite as well. Maybe even my favourite 2D Mario game yet.

Super Mario World is the game that you should have if you own an SNES, a SNES Classic, or any console that this game is on in general. It's a 2D Platformer that has been revolutionary in 2D Platformers that we know today that take inspirations from Mario World and continue to try and capture! the same magic that this game had. The game is filled with content, replay velue, challenges and fun for not only yourself but for your best friend too! The only down side I have is that I wish it never ended, it played so perfectly there's no other way to put it.

+ New Abilities are only fun!